The Pursuit of WOW! Also: Beer 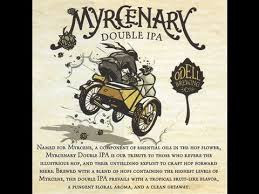 Not just yet, but I’ll be talking about beer a little later in this post, so stay with me.

Once upon a time, when I used to teach a business communication class at the University of Texas, I would assign my students a group project, where they had to generate several different products — an annotated bibliography, a pitch presentation framed as “why-you-should-learn-more-about-X,” and an informative summary brief. I’d give them a broad topic, and then some options within that. One semester it might be about communication technology trends. Another semester it might be a deep dive into intercultural communication. The favorite, though, for them and for me, was about what I called the Creativity Biz. Each group would pick an author, an idea, or a business practitioner, and would work together to understand and communicate a particular approach to creativity in a business context.

One of my favorite books at the time was The Pursuit of Wow! Written by business guru Tom Peters (best known for In Search of Excellence), it’s written in short idea-bursts, is a fun read, and it’s got loads of examples about how businesses can harness creativity to add details that delight customers. For example, when a bottle of juice has a “use by” date, it breaks character for the brand, becoming bossy instead of fun, giving us a command, and raising the issue of spoilage in an unpleasant way. It’s so much better, Peters notes, to say something like “we hope you’ll enjoy this delicious juice by such-and-such date, while it’s still at peak freshness!” That’s the WOW that he's talking about. My students quickly grasped, and were drawn to the idea of, how to add more “wow” in creating messaging. Some of the best projects I saw in my teaching career incorporated that idea.

When I was at Ignite! Learning, we employed this notion for our copyright protection notices in some science DVDs we produced. Instead of, you know, “this copyright is SO protected and you’re scum and the FBI will get you if you copy this, got that, slimeball?” or whatever the standard language is, we made topic-specific notices. So, for the biology dvd, it said something like “Mitosis is how cells replicate their chromosomes, but this dvd is our own copyright-protected material, so you shouldn't do any unauthorized copying or replicating.”

But I promised I’d talk about beer, so …

Odell is a very good craft brewery in Colorado. The other evening, I was enjoying a Myrcenary IPA, a beer of theirs named for Myrcene, a component of the hop flower, which imparts a particular flavor and aroma as part of the hops’ essential oils. The logo art for the beer, see the top of this post, depicts a soldier fleeing, with bags of money, which adds an engaging visual to go with the branding pun on “mercenary.”

Bringing it all together now, stay with me, folks: The description on the can tells me that the beer has “a tropical fruit-like flavor, a pungent floral aroma, and a clean getaway.”  I actually laughed out loud at that; it’s so good! It was a pursuit-of-WOW moment for me as a consumer.

Because the phrasing riffs off beer-nerd language like “clean finish,” it is a wink, a slightly-ironic way to access “you’re-one-of-us” tribal membership. It also tied the descriptive text back to the image in a way that locked in the brand impression. It struck me as funny and cool. It added to my experience of the beer.

And, importantly for creativity purposes, it reminded me of those long-ago discussions about Tom Peters and The Pursuit of WOW! Also, for me and I hope for you, this little moment reminded me that it’s worth it to add the cool details, even if most people won’t notice. Why? Because they can delight the very customers you want.

And do I even need to say it? This same idea applies across categories. It's as true for your novel, your song, your poem, the way you relate to people, the very sense of a self that you’re building and rebuilding all the time.

Have a little fun, y'all. Make it at least a little cool.

Walkin’ Blues: “She Got a Elgin Movement”

So, I’m making a playlist, but instead of just pulling a song or two from the Hindu Love Gods album, I go down the rabbit hole, listening to the whole thing for the first time in a while. The name “Hindu Love Gods,” btw, is a workaround for record company contract constraints that would make the collection unreleasable under the better-known names of “Warren Zevon along with ¾ of REM.” Peter Buck, Mike Mills, and Bill Berry had guested on a Zevon session, after which the four gentlemen may possibly have spent the night drinking whiskey and playing covers, tape rolling. For years, my go-to songs from this session were the rough-but-inspired versions of Prince’s “Raspberry Beret,” and Willie Dixon’s “Wang Dang Doodle” (a blues standard best known via the Howlin’ Wolf and Koko Taylor versions, respectively).

This time around, though, the thing that’s making my ears tingle is “Walkin’ Blues,” which has been done by everybody from Robert Johnson to Eric Clapton, from Taj Mahal to the Grateful Dead, and on and on. I had always thought it was a Robert Johnson song, though I’ve since learned that Son House is the original songwriter, and first recorded the song in 1930. Robert Johnson recorded it in 1936, not only covering “Walkin’ Blues,” but also synthesizing the song with lyrical and musical elements from a couple of other Son House songs. Those changes, plus the fact that Johnson’s version is better recorded and is also a stronger performance (my opinion, sure, but I’m in good company on this), make Johnson’s version the go-to option of the early versions. In 1941, Muddy Waters reworked the song, recording it with revised lyrics, as “Country Blues.” In 1950, Waters’ first single for Chess Records was “Walkin’ Blues,” in a version more like the House and Johnson versions.

Anyway, I’m listening to the rock energy and drive of the Hindu Love Gods version, and it’s great, when I notice Zevon sing a lyric I’d never fully registered before, a lyric that gets my curiosity revved: “She got a Elgin movement, from her head down to her toes.”
My first thought is that maybe he’s saying “elegant” with an alternate/rural pronunciation. I’ve heard this kind of thing lots of times, especially from older folks in Eastern North Carolina, where I grew up in the ‘60s and ‘70s.  For example, the word “kindly” sometimes gets used in a context where it’s clear that “kind of” is more what’s meant, as in “he’s kindly short-tempered.” “Irish potatoes” morphs, passing through “Ahrshtaters” to wind up sounding almost like “ice-taters.” But it’s not cold potatoes, it’s just regular old boiled potatoes with salt and butter.

So, my experience with local ways of saying things had me thinking that this “Elgin movement” is something like that, maybe a regional quirk of pronunciation that Zevon has picked up from Mississippi by way of Mr. Johnson.  But nope. This is the kind of thing I might have puzzled over for weeks back in the pre-internet era, but as things are now, a name-brand search engine set me straight right away.

Elgin was a brand of watches, well known and well-advertised back when the song was written, and for decades afterward. The image from this blues song, then, is that the woman being referenced has, um, you know, a steady and reliably rhythmic movement, from her head down to her toes. It’s a sexy and arresting image, that the enticing way she moves is as steady as the motion of a watch. The company’s long been out of business, so a sly reference that was easily understood at the time requires a little context now.

Now that I knew the answer, I started wondering, is this a pretty commonly known thing that I somehow missed? I mean, it’s a famous song, so surely somebody else has wondered about this. I posed the question, with no context, to a panel of knowledgeable bluesologists: Carl Settles (longtime Austin musician and accomplished blues pianist), Darcie Fromholz (Austin music expert and an employee at Antone’s, Austin’s Home of the Blues, way on back in The Day), Woody Russell (noted blues-Americana-jazz artist), Leeann Atherton (folk-blues-Americana singer-songwriter, as well as a music educator), and Wammo (spoken word artist/musician/singer-songwriter, formerly of the acoustic blues band The Asylum Street Spankers).

“So, y’all,” I asked, “in ‘Walkin’ Blues’ what does the phrase ‘Elgin movement’ mean?” While it was a head scratcher for four of my five experts, Darcie Fromholz not only knew, she had a cool story about how she had come to know. One night long ago at Antone’s, in the Austin of hazy recollection, the question occurred to her, in about the way it had to me. “Huh. What’s THAT lyric all about?” Fortunately for her, she began to wonder this while located in a legendary blues venue, and thus was able to ask one of the cornerstones of the Austin blues scene, recording artist Angela Strehli, who was present at the time. Angela Strehli wasn’t sure, but she did know who was certain to know the answer: Albert Collins (!!!), who was playing there that night. If you don’t know who Albert Collins is, I’m not gonna help you out. Look him up. Anyway, Mr. Collins told Ms. Strehli, Ms. Strehli told Ms. Fromholz, and Ms. Fromholz then got to kinda blow my mind decades later, with her cool response to my query.

All this makes for an interesting bit of lyrical context for “Walkin’ Blues,” but it also turned my mind to other lyrics that make very specific references that may be hard for future listeners to parse. Will Elliott Smith’s 1997 song “Rose Parade,” with its reference to marching “like the Duracell Bunny” make sense to people decades from now? In the Grateful Dead song “Sugar Magnolia,” written by Bob Weir and Robert Hunter, there’s a reference to a woman who can not only dance a Cajun rhythm, but can also “jump like a Willys in four-wheel drive.” I know, and you may also happen to know, that a Willys is an early version of a Jeep, but that reference obviously had much wider currency back in 1970, when the song was first released. At what point will it quit making sense to most people? Moving across the pond, Richard Thompson’s “1952 Vincent Black Lightning” extols the virtues of that particular model of motorcycle, with the protagonist stating that “Nortons and Indians and Greeveses just won’t do/They ain’t got the soul of a Vincent ’52.” These types of motorcycles are British bikes [Correction: while the other two are/were British bikes, Indian is an American brand], and one of the bunch—Greeves — isn’t even made anymore. As with the other examples, then, understanding the Thompson lyric in its particularity requires some information, some specific context that is at some point going to move out of common cultural knowledge.


P.s.: guess what song I now cannot stop playing every time I pick up the guitar? Yup.
Posted by Jeff Knight at 6:52 AM 1 comment: